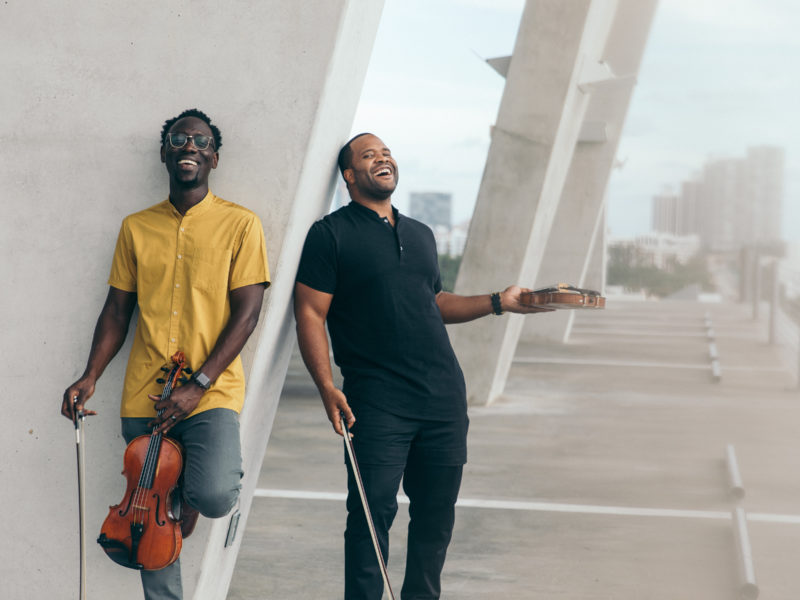 Black Violin, “Give Thanks” Tour

Black Violin is led by classically trained string players Wil B. (viola) and Kev Marcus (violin). Joining them onstage are DJ SPS and drummer Nat Stokes. The band’s Give Thanks Tour employs playful storytelling, whimsical string melodies, and hard-hitting beats to highlight the unifying pillars of the holiday season: Giving back to others and being wholeheartedly thankful. Fans can expect to dance along to hits from the band’s Grammy-nominated Take the Stairs album as well as holiday favorites from their Give Thanks album.

Black Violin has received a 65th Grammy Awards Nomination for Best Americana Performance for “The Message” with collaborators The Blind Boys of Alabama! The band is honored and humbled by this nomination.