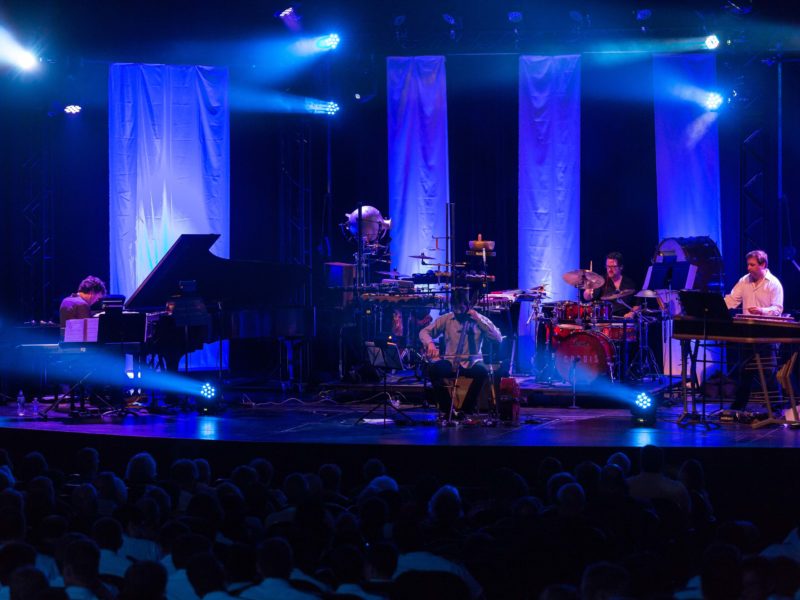 Cordis/Condition Blue: The Acoustics of Aquatics

This event is part of the Artist Series

Condition Blue: The Acoustics of Aquatics celebrates one of our planet’s most precious resources by exploring the unique and dramatic effects water can have on sound production. It is an innovative multimedia event features the dramatic live music of CORDIS creatively affected and enhanced by the boundless properties of water. The music comes to life amidst breathtaking aquatic imagery curated by The National Geographic Society. Condition Blue is part of a multi-project the ensemble has embarked on in an effort to raise awareness of our earth and it’s precious resources.

CORDIS has been fusing an original combination of custom-made and traditional, ethnic instruments to create their signature sound since 2007. Nearly a decade later, this sparkling distortion of progressive chamber music is defined by the talents of electric cimbalomist (and founder/composer) Richard Grimes, multi-percussionist Andrew Beall, electro-acoustic cellist Jeremy Harman and pianist/keyboardist Dan Padgett. The group further crafts their sound by weaving the unlikely timbre of electric mbiras, modified typewriters, pitched wind tubes, 19th- century talking machines and the world’s longest-playing cylinder-driven music box into the mix.

The Boston-based group borders on a gritty rock/punk aesthetic, but because the members were classically trained and steeped in chamber music, the resulting sound is not postured on loud and fast, but rather more developed and cerebral. Time Out New York said “(cordis) makes a strong case for both sides of its musical personality — expanding the boundaries of chamber music.” NewMusicBox.com concurs saying, “cordis offers an intriguing mix of instrumentation, and Grimes uses them well to show off his unique perspective on 21st Century chamber music.”